Review Visual Novel Libra of the Vampire Princess Full Game : Shuma Kusanagi’s life changes when he meets Iris Pumila, a vampire who awakens his powers. From the beginning, the boy refuses to accept that he’s no longer human. Perhaps there is a solution for him to revert to his former self. Shuma is surrounded by a vampire hunter, a fiancée, a maid, and an assassin. He must use his powers to fight against the enemy. Will he make the right choice?

The artwork is great, good backgrounds, and action scenes are animated. All characters are voiced except for the protagonist. The length of visual novel is supposedly 50+ hours with four routes: Aoi, Mari, Lycoris, and Calen (No Iris route). 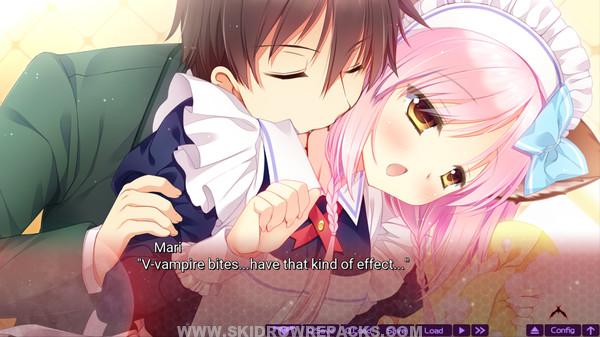 I didn’t see a gallery to view CGS. The translation could be tweak a bit due to several awkward sentences. This issue can affect some people’s opinion of the game because of preferences. The review is for censored version of the visual novel, not for Libra of the Vampire Princess Uncensored. Wait for the H-patch if you want it. Get Libra of the Vampire Princess Free download and enjoy playing this game. 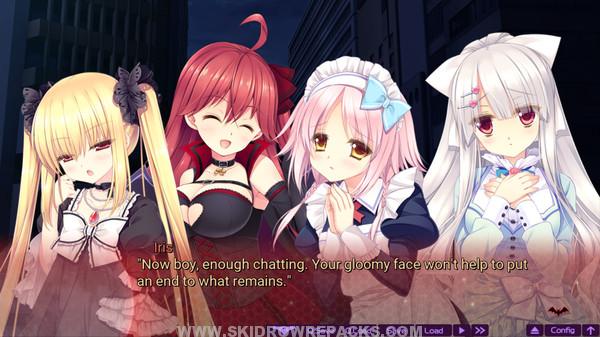 6 thoughts on “Libra of the Vampire Princess Full Version”