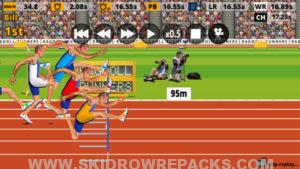 Note: in case it’s not obvious, this game is very different from QWOP.