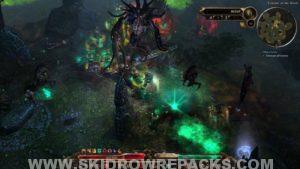 Behind the scenes: the decision to keep Crucible as its own game mode (versus integrating with the main campaign) is appreciated, as it prevents issues with compatibility when partying re: people who own the DLC vs. don’t own the DLC.

Verdict: definitely worth the price of admission. A must-have for any Grim Dawn fans looking for an additional challenge.