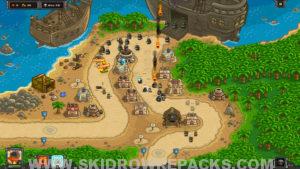 An amazingly refined and fun tower defense game, with great visuals/production values. I played this series for many hours on my phone and tablet, and still couldn’t wait to get this on Steam.

I just started playing this version, but it looks like they’ve improved quite a bit. They’ve gotten rid of the micro-transactions, upgraded the graphics, hero system and towers.

There are 15 levels currently, with bosses every few levels. Each level also has 3 difficulties that usually require different strategies to beat. I believe the devs will be releasing more levels for free as well, just like they did for the first Kingdom Rush Frontiers PC game.