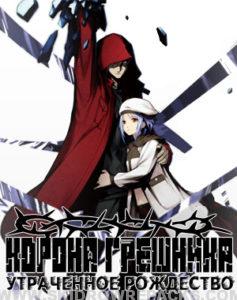 This is an all-ages title which takes place during the “Lost Christmas” incident, ten years before the setting for the Guilty Crown anime. In 2029, an experimental subject codenamed ‘Scrooge’ escaped from a certain research facility. He was a powered up version of a past failed work and used the ‘powers’ which he was given to eliminate those that were chasing after him. During his escape, he met a strange girl named Carol who was also an experimental subject. Surrounded by his pursuers, the three ‘ghosts’ Present, Past and Yet to Come, Carol told him to ‘use her until she’s about to break’ and took his right hand and thrust it into her chest. There was a bright light and a strange weapon came out of her body. What hidden power lies within Scrooge’s right hand?