If you are new to Ultimate Marvel vs. Capcom 3, it’s a team fighting game. Clashing between Capcom universe and Marvel Comics universe If you haven’t played the previous MvC series, this is probably the entry I would recommend.

The best fighting game. But a lot of people would prefer MvC 2 because of the rosters are huge and the combat is solid. But still this is my favorite fighting game series to date. Combat system is what this game truly shines. Air combos are cool, then pulling off some sick special moves each of your team when doing combos. They have the Heroes and Heralds, which is simply a card game, just to collect all 100. I haven’t give it a try. I don’t know if Multiplayer is stable because according to customers, the netcode is horrible, so I will give it a shot. The art style is simple and cool. The biggest downside is lack of offline game modes (I want Time Attack, Survival, maybe Ghost Battle from Tekken series to improve your rank and a 1v1). This game would definitely be my time killer as well or just waiting for Tekken 7 and MvC Infinite to come out. If you are a fan of fighting games like me, grab this game. 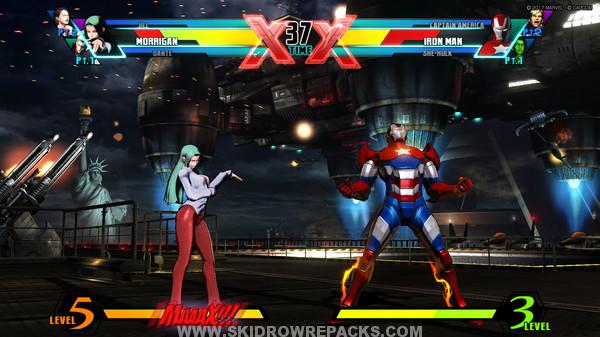