Skidrowrepacks.com – Download Cursed Mountain Full Cracked by ViTALiTY and this game released on 05 Feb 2010. Cursed Mountain Full Version is a survival horror game for PC. Its not very often we get survival horror games that has a major focus on the Buddhism religion and all its teachings about compassion and finding Nirvana. You play as Eric Simmons who has come to the mountain called Chomolonzo, which is called the Sacred One by the Sherpa people, to look for his younger brother Frank who had gone missing up on the mountain after being tasked by a former climber called Bennet to retrieve a sacred artifact called a terma from the top.

However, something went terribly wrong and now the goddess of the mountain has put a curse on the mountain and angry spirits who cant pass on have come to attack the living and drain their lives.

Eric must ascend the mountain and find his brother while at the same time try to set things right and bring peace back to the mountain in order to prevent anymore loss of life, all with the help of the various rituals that the Buddhist monks use to cleanse their souls as well as put restless spirits to rest.

The atmosphere in this game is extremely well done and you cant help but to feel like youre actually climbing up this mountain in Tibet with the extremely cold wind blowing in your face and the imminent sense of danger when close to the edges of the narrow mountain paths you must climb.

But do bear in mind that this is a PC port of a Nintendo Wii game, so the graphics may not look like the best, but for the Nintendo console it was pretty darn good and the use of the Wii Remote and nunchuck for performing the various rituals and hearing Erics audiotape recordings through the in-built speaker added extra immersion. 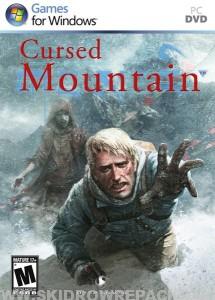 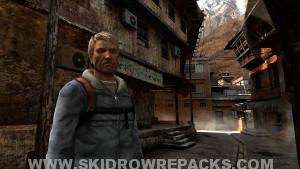